How Kidnapping Can End In Nigeria - IGP

How Kidnapping Can End In Nigeria - IGP 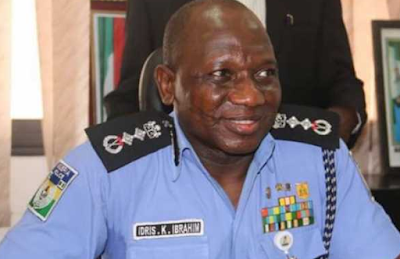 Inspector-General of Police, Ibrahim Idris, yesterday,  attributed increasing rate of kidnapping in the country to weak laws, saying the menace could conveniently be brought to a permanent end, if the National Assembly comes up with stringent laws.

He said mere parading of suspected kidnappers by his agency without either taking them to law courts for prosecution and possibly sentencing them to death had rather boosted the morale of the kidnappers in their nefarious activities.

The police boss spoke in Abuja at a monthly meeting with Commissioners of Police and other senior officers of the Force.

He said:  “When I went to the National Assembly, I told them that what we need to check kidnapping  punishment. I think these boys see us parade people but they don’t see them taken to court or sentenced to death.


“In some states, where kidnapping leads to death of somebody, the penalty is death but they only see the court sentencing such persons to 10 years or life imprisonment.

“I feel that is why they feel more relaxed and I told the National Assembly that we need to have more stringent punishments for kidnappers.

I think that is the only way to check the menace because they see it as child’s play.

“If you go all over the command across the states, you would discover that some of these youths are getting more involved in kidnapping.

Like I told the National Assembly, I believe if we can get laws to check it, we are going to see a lot of changes.

“In Niger Republic, a Boko Haram suspect was arrested and within one week, judgment was passed. That sends a very strong message that whoever that is planning to go into it should desist but here, we have suspects appearing in court and the matter continually adjourned.”