I Pay Workers & Pensioners Regularly In My State- Aregbesola 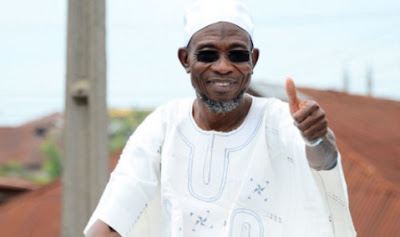 Gov. Rauf Aregbesola of Osun State today says he has been paying active workers and pensioners in the state regularly. He disclosed this today in Osogbo at a symposium organised by the Osun Command of the Police Community Relations Committee. He however said people spreading news of workers being owned by the state are just enemies of his administration. Hear him;

“Let me make a resounding correction that despite the paucity of funds, it is only a section of workers on grade level 12 and above who receive painfully 50 percent of their gross salaries based on the agreement between the government and the labour union.

“So, outside that category of workers on grade level 12 and above, no other receives half of his or her salaries and the workers in this category are just 20 percent of the state’s workforce.

“Contrary to what the naysayers claim about us, all workers in the state have received their salaries up to June this year according to the payment scheme and agreement.

“As we pay active workers, so we pay pensioners.

“The only outstanding pay to pensioners is the gratuity and this is due to workers who choose not to participate in the Contributory Pension Scheme and therefore left service in 2011/2012,’’ the governor said.