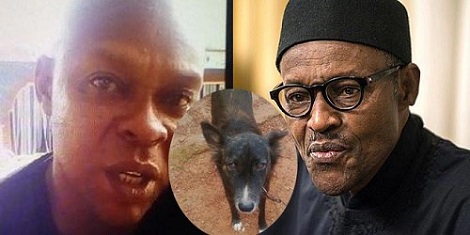 A Chief Magistrate’s Court in Sango, yesterday, dismissed charges filed against the man who named his dog ‘Buhari’ in a community in Ogun state.

Magistrate O. O. Adebo said the prosecutor failed to substantiate his case against Joachim Iroko and consequently struck out all charges preferred against him. Mr. Iroko’s lawyer was ecstatic, yesterday, praising the court for the verdict.

Mr. Iroko, 41, was arrested in August 2016 for causing a breach of peace after he was reported by his neighbour, for alleged insensitivity in Mr. Iroko’s action of naming his dog after the President.


The arrest of Mr. Iroko sparked nationwide outrage in August 2016 and critics accused the police of stifling constitutionally guaranteed freedom.

The police denied that Mr. Iroko’s ordeal had anything to do with the president but strictly about the breach of peace complaints received from his neighbour.

The presidency also reacted to the arrest when Presidential spokesperson, Garba Shehu, said the president paid more attention to cartoon pages in the newspapers rather than following Mr. Iroko’s case that was generating nationwide furore at the time.

Speaking with Vanguard after the verdict, the suspect, Joachim Iroko said he has been vindicated.