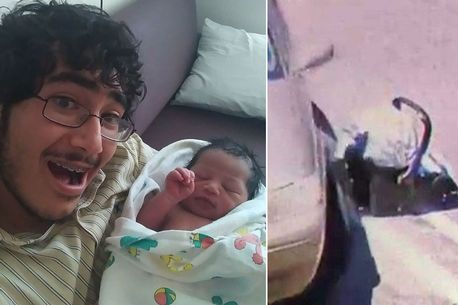 A teenage dad abandoned his two-week-old baby son in a shopping mall car park and drove off, CCTV footage showed.

The shocking moment the 18-year-old father placed the infant, in a car seat, on the ground and left the scene is seen on the surveillance video.

Daniel Stephen Mitchell was arrested on Monday afternoon after leaving the newborn in Suisun City strip mall, California. Owners of the Mega Smoke Shop in nearby Sunset Shopping Center noticed the abandonment on CCTV.

A barber working in his shop at the time also noticed the car seat, and when he approached it he was shocked to reportedly see the baby inside, wrapped in a blanket. He called the police after taking the baby inside to safety.


The baby was checked over in hospital as a precautionary measure and handed over to the Child Protective Services.

Later that night however he was flown to hospital as officials spotted abnormalities in his eye, according to reports.

Mitchell was taken into custody after fleeing from a car crash in Fairfield that had happened while police were at the mall, reports said.

Mitchell was booked into jail and faces charges of felony hit-and-run, child endangerment, child abandonment, committing a felony while on bail and possession of suspected cocaine.

He had been arrested previously on charges related to a burglary and was out on bail at the time of the latest incident.

Reports claim the baby's mum did not know about the abandonment when she was interviewed by cops.

The case remains under investigation. 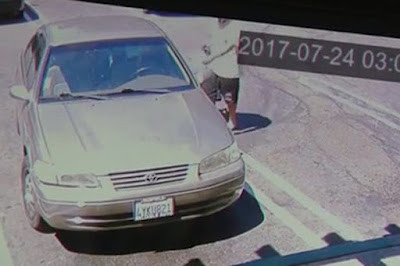 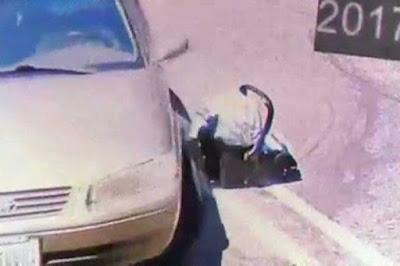 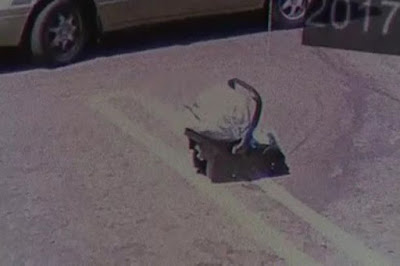 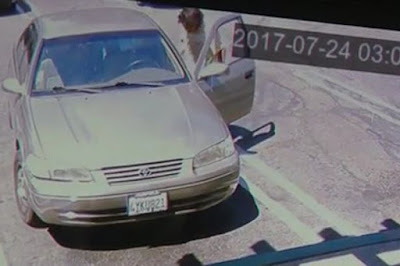