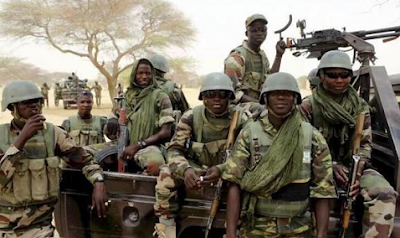 The Nigerian Army has promoted 6,199 soldiers currently involved in the fight against Boko Haram.

According to a statement by the Army spokesperson, Sani Usman, the Chief of Army Staff, Tukur Buratai, approved the promotion today.

Mr. Usman gave the breakdown of the beneficiaries of the special promotion as follows:

“The COAS congratulates the beneficiaries and urged them to increase the tempo of the ongoing clearance operations of the Boko Haram terrorists in the North East,” the spokesperson said.

The Army has been battling to defeat the Boko Haram since 2009 when the insurgency began.