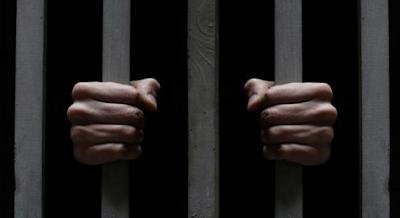 Security operatives have foiled an attempted jailbreak by some inmates of Okaka Prisons in Yenagoa.
Mr Victor Chiabua, Controller, Nigerian Prison Command in the state told the News Agency of Nigeria (NAN) on Monday, that the incident occurred at about 9.02pm on Sunday.

Chiabua said that the investigation revealed the six inmates detonated an explosive device in their cell.

”Investigation into the dastardly act revealed that the mastermind of the attempted escape got IED through one of his visitors. The IED was concealed in ‘blue band margarine’ butter pack.

”They put the device inside cellophane and covered it (IED) with margarine to make it look as if it was butter.


“It was a very loud bang in the prison yard which attracted the attention of the security operatives on duty.

“The prompt response by the Police, Department of State Services, Nigeria Security and Civil Defence Corps and an armed squad of the Prison Service actually aborted what could have been a jailbreak.

”The response was immediate as prison armed squad with other security officers on duty advanced to the scene of the explosion and the-about-to-flee inmates were arrested and kept in separate cells,” he said.

A prison official, who declined to give his name said the alleged mastermind of the attempted break was awaiting trial for alleged murder and kidnapping since 2013.