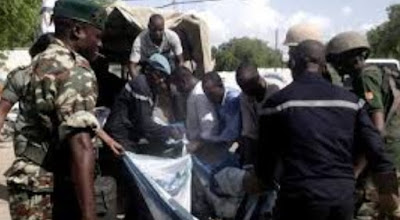 Usman said that the female suicide bombers were killed when they tried to attack a military formation in the area.


“The female suicide bombers, who were on obvious mission of committing mayhem, were spotted by a vigilant sentry while trying to access the military location.

“However, they continued advancing toward the troops’ location despite several warnings to stop. Consequently, the troops neutralised them.

“The remains of the suicide bombers have since been evacuated from the scene.”