Do You Know Minneapolis Police Chief Has Resigned Over The Death Of Justine Damond? Hello Nigeria...

Do You Know Minneapolis Police Chief Has Resigned Over The Death Of Justine Damond? Hello Nigeria... 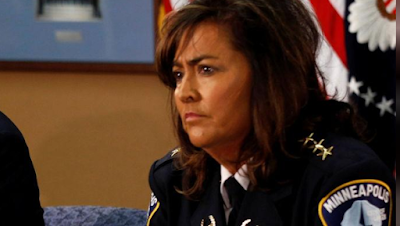 Lol, Hello Nigeria.. Hello.... Come and read... Minneapolis police chief Janee Harteau resigned on Friday at the request of the city's mayor, who said that she and the community had lost confidence in Harteau following the fatal police shooting of an unarmed Australian woman.

The death of Sydney native Justine Damond, 40, from a single gunshot wound to the abdomen fired through the open window of a police patrol car, has outraged her family members and the Australian public. Australian Prime Minister Malcolm Turnbull has called it "shocking" and "inexplicable."

Mayor Betsy Hodges said in a written statement that she and Harteau agreed on Friday that Harteau would step aside.


"I've lost confidence in the Chief's ability to lead us further - and from the many conversations I've had with people around our city, especially this week, it is clear that she has lost the confidence of the people of Minneapolis as well," Hodges said in the statement.

A press conference Hodges called to discuss the personnel change was interrupted by a group of protesters calling for her to resign, a witness video posted on YouTube showed.

"We don’t want you as our mayor of Minneapolis anymore," a male protester in the video yelled as Hodges nodded slowly and tried repeatedly to resume her remarks but was drowned out.

"Your leadership has been very ineffective. Your police department has terrorized us enough," he said.

Damond, who was living in Minneapolis and engaged to be married, had called police about a possible sexual assault in her neighborhood just before midnight on Saturday. She was shot as she approached the driver's side of Mohamed Noor's and Matthew Harrity's patrol car.