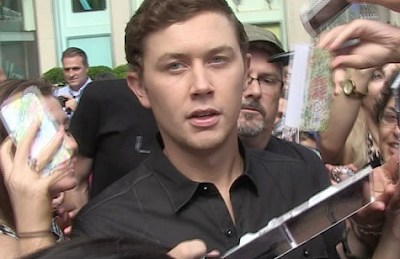 "American Idol" winner Scotty McCreery was busted trying to bring a loaded handgun on a plane and that's according to reports.

McCreery went through a security X-ray checkpoint at Raleigh-Durham International Airport in North Carolina last week when the weapon was spotted. The black, 9mm, Smith & Wesson handgun was in the singer's backpack, the screen also picked up two boxes of ammo with 63 bullets.

Reports say McCreery does have a permit to carry a concealed handgun, but that doesn't allow him to carry a loaded one on a plane.


The season 10 'Idol' winner was cited with a misdemeanor violation for the incident.

Scotty however says he'd been out shooting a few days before the flight and forgot the gun and ammo was still with him, he says he had his concealed weapon permit on him however.