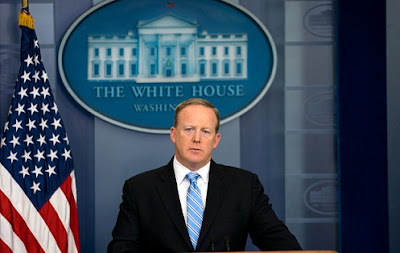 Mr. Trump offered Mr. Scaramucci the job at 10 a.m. The president requested that Mr. Spicer stay on, but Mr. Spicer told Mr. Trump that he believed the appointment was a major mistake, according to person with direct knowledge of the exchange, NY Times reports.

Mr. Scaramucci, who founded the global investment firm SkyBridge Capital and is a Fox News Channel contributor, is known for his spirited on-air defense of Mr. Trump, but he also enjoys good relationships with journalists from an array of outlets, including those the president has labeled “fake news.” LOL.