Bad Boy! Lamar Ready To Spill Dirts On Kardashians In Tell All Book

Bad Boy! Lamar Ready To Spill Dirts On Kardashians In Tell All Book 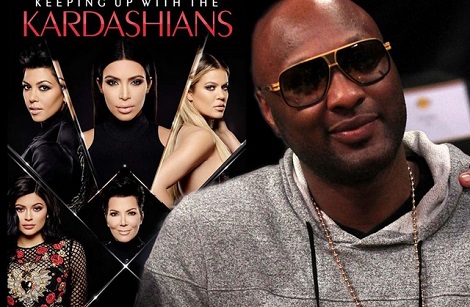 The Kardashains may need to brace themselves for some awkward reading as Lamar Odom has revealed he is writing a ‘tell all’ book.

The 37-year-old retired basketball star was married to 33-year-old Khloe Kardashian between 2009 and 2016.

And now reports are suggesting he has signed a $10 million (£7.7 million) deal to pen his memoirs.

And according to the star, he won’t be holding back.


"I have a book coming out, an autobiography about my life,” he told In Touch magazine.

"[The book will cover] everything. Everything. It’s a free-for-all. [I’ll be] open about everything that’s been going on in my life, about the past,” the troubled star promised.
Lamar fell into a life threatening coma back in October 2013 after being found unconscious inside a brothel in Navada.

And according to a source, his brush with death has left him with “nothing to lose” - so fans should expect explosive details in his memoir.

“Lamar is going to include never-before-told secrets about cheating, sex, and drugs, the booze, the pills, the cocaine, all of it,” a source told In Touch.

But there will reportedly be reason for the Kardashian klan to be braced for shocks as the MailOnline claims the book will also pull back the curtain on some of the more controversial moments from the famous family’s lives.

According to the website, Lamar will: "reveal plenty of Kardashian family secrets about drugs, surgery as well as secret splits between Kim and Kanye West.”

A source added to MailOnline that the book will “go down in history”, stating: "'Lamar has been close to the Kardashian family through all of their craziest drama, and he is their biggest threat when it comes to spilling their dirtiest secrets."

Reports also suggest Kim Kardashian will be painted as a “money grabber” who "uses men for fame", Kris Jenner will be revealed to have hit on various men in the family - and that she knew about Caitlyn Jenner’s transgender identity back when she went by the name Bruce, Kylie will be exposed for having some questionable friends, and Rob Kardashian’s troubles will also be discussed.