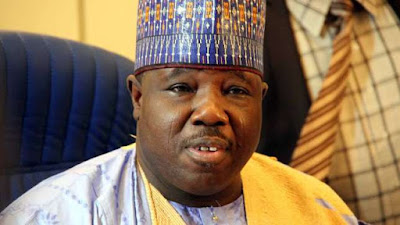 Supporters of the former chairman of the Peoples Democratic Party, Alli Modu Sheriff, on Wednesday said they had left the party to join the Mega Party of Nigeria, alleging that the caretaker committee of the PDP, led by Ahmed Makarfi, was not magnanimous in victory.

The breakaway faction, led by a former PDP chairman in Ondo State, Mr. Ebenezer Alabi, and the Director General, Omo Ilu Foundation (the mobilisation arm of Buruji Kashamu political organisation), Leke Adekoya, told reporters at the MPN office in Ibadan that the Makarfi group displayed traits of arrogance through statements about the Sheriff group after the Supreme Court recognised Makarfi as the authentic leader of the party.

Alabi also accused the Ekiti State Governor, Ayodele Fayose and Iyiola Omisore of substituting names of members of the state executive council with their own supporters at the headquarters of the party in Abuja.


“The purpose of the struggle was to stamp out impunity in the party. We thought the Supreme Court judgment would teach us a good lesson but it was not so. The PDP has now been taken over by vampires that we cannot co-habit with,” Alabi said.

“We, who believe in the leadership of Sheriff, have therefore decided to move en masse to join forces with the Mega Party of Nigeria. It was registered in 2010 as Mega Progressives Party but we are transforming it to the new name to show the strength. The name will change officially next week,” he added.