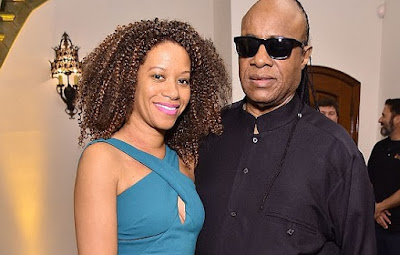 Stevie Wonder has tied the knot with Tomeeka Bracy. The singer and his new wife were serenaded by John Legend, Usher and Pharrell Williams at the ceremony before taking to the stage himself to sing Try A Little Tenderness.

A source told The Sun: 'It was a very lavish, romantic and star-studded affair. Stevie's musical pals each got up on stage to take turns serenading the couple, much to the delight of the other guests. Then Stevie got up to sing for his new bride.'

Stevie's marriage to Tomeeka - his girlfriend of five years - is the singer's third after he was married to Kai Morris between 2001 and 2015 and Syreeta Wright from 1970 until 1972.

The 67-year-old musician has two children with Tomeeka and seven others with four different women, and all of his kids took part in the big day by taking up the Best Man and bridesmaid roles, even though some won’t be happy, but they would have to pretend.