Blac Chyna Happy Her Relationship With Rob Is Over

Blac Chyna Happy Her Relationship With Rob Is Over 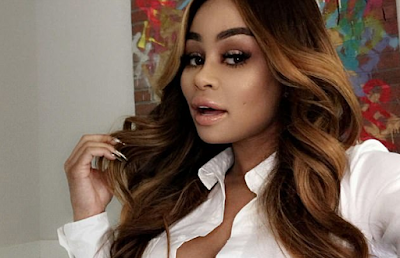 On Wednesday the 29-year-old reality star told People how she now feels after taking out a restraining order on the 30-year-old Keeping Up With The Kardashians star with whom she has daughter Dream, eight months old.

'I'm glad to be relieved of Rob, but damn why did I have to get relief in this way?' said the reality TV diva.

Chyna added she felt tremendous pain when she learned he had released nude photos of her.


'Words are words. But once you start posting actual pictures, that's just not right,' she began. 'What he did is not right, it's actually against he law.'

'I just want to voice my story — voice what’s real — because at the end of the day, the person next to me could possibly be going through the same thing. For people to actually look up to me really means a lot. These types of things, they happen every day. A lot of women, they don’t address it. See it, recognize it — but don’t be tainted by it. Just be strong and positive.'

Since the scandal made headlines, she has been seen heading to events (she hosted a strip club in LA and another club in Atlanta) and shopping.

'I'm not going to sit here and hide in my house because of somebody else being hurt or jealous or insecure,' she said.

Also in the interview, the looker made it clear she never used Rob for his money.

'I make my own money. I've been making my own money for a very, very long time. My first job was at McDonald's when I was 15.

'Years later, right after I had King, I wanted to do something that expressed myself, so I started Lashed Cosmetics.

'The lipsticks, the full skin care line, the beauty bar and 88F in clothing trickled down from that. Nobody supports me at all. If anything, I've gotten people more money. I'll leave it at that.'

And she said she gave Rob back his jewelry - including that diamond engagement ring worth almost $1 - because she 'can't be bought.'

She added: 'I'm not going to let him hang something over my head any more.

'I also read that he took the cars back. No he did not. Those cars were leased, and I was going to have to give them back anyway.'

Chyna said even after she gave him back the cars and jewelry, he did not give her anything back.

'I bought him a Range Rover,' she admitted. He still has it, according to Chyna, whose real name is Angela White. Range Rovers average about $100,000.

As far as living together, she revealed he did live at her LA house for two months in the beginning of her pregnancy, but that it was too hard on her.

'He stressed me out every day,' she said.

She also detailed how after she had Dream she moved in with Rob to Kylie Jenner's old house, putting her pride aside (Kylie at the time was dating Chyna's ex Tyga with whom she has King Cairo, aged four).

But she moved out after a week because she felt 'disrespected.'

She did not address the relationship she had with a man named Ferrari and simply said she wanted to be 'happy' so that Dream and King could be happy too.