Sickening! The Incest Diaries- A Book Detailing Day To Day S3xual Activities Of Father And Daughter Since Age 3

Sickening! The Incest Diaries- A Book Detailing Day To Day S3xual Activities Of Father And Daughter Since Age 3 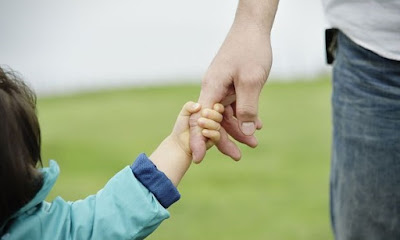 It has been described as the most shocking book of the year, a searing account of how the author was sexually abused by her father from the age of three.

The biggest controversy, however, is not the graphic descriptions of his actions - but that the writer grew to love having sex with him. The abuse happened from when she was a very young girl right into her 20s.

She said although the abuse was at first painful and frightening over the years she grew to enjoy having sex with him to the point she actively wanted him to do it.

The story has emerged in a recently published book called The Incest Diaries which has sparked controversy because of its subject matter. In one passage she writes: "My father is my secret.


"That he raped me is my secret. But the secret under the secret is that sometimes I liked it.

"Sometimes I wanted it, and sometimes I seduced him..."

She said her father would sometimes cut her with a knife and sometimes he tied her up.

On at least one occasion he threatened to kill himself and she even found him stood on a chair with a noose around his neck and masturbated him to calm him down.

The book is very graphic in its description of sex between father and daughter as well as nightmares and hallucinations she had as a result of the abuse.

In one chilling passage the author said as a girl she had a sex education book showing anatomical drawings of a man and woman having sex and wondering why there was no pictures of little girl and a man.

She also writes: "When I was eight years old, we moved to a new house.

"I assumed the master bedroom was for me and my father and that my mother would sleep in one of the other bedrooms.

"I had a count in my head of how many times my parents had sex. This was very important to me.

"I hated them for having sex with each other."

She says that her parents separated when she was 10 years old but her father continued to abuse her.

The account shows how the author was confused over her feelings about her father and appears convinced she had power over him as much as he exerted power over her.

She said she told her mother and brother but they have refused to discuss what happened.

In the book the author, who has written anonymously although she says she went to private school and has grandparents who lived in the UK, talks about having an orgasm during sex with her dad as an adult.

She said she reported the abuse to a family friend who she respected but was told to forget about it.

And when she confronted her father as an adult he denied he had done anything wrong.

The author writes: "He said that if I was going to persist in my allegations about him having raped me, then I was no longer his daughter.

The author, who indicates she grew up in America, talks of how her father and his sister were abused by their father growing up.

She also talks about relations later in life when she was attracted to men who were violent towards her including tying her up and hitting her.

There has been some scepticism that the story is true but Bloomsbury, who publish the book, is confident the author's "sparse, poetic, violent" account is true, with the American editor adding they spoke to old friends who the author had confided in and checked medical records.

The book’s America editor, Lorin Stein, has been quick to jump to its defence and has even taken the unusual step of attaching a note to the text in order to verify its authenticity.

"I have no doubt about her honesty or clarity of mind," Stein writes. "We are publishing it because we believe it is a work of art."

Publicity material says: "In this graphic and harrowing memoir, the author revisits her early traumas and their aftermath - not from a clinical distance, but from deep within - to explore the ways in which her father's abuse shaped her, and still does."

Esther Rantzen, the television presenter who set up the Childline support service, has spoken out about her fears that it could appeal to “prurient” readers.

In two minds about its publication, Rantzen said, “For many survivors of abuse it is comforting to know about others and that they can survive.

“I can still recall when we set up Childline 30 years ago, one youngster saying, ‘I love my daddy but I hate what he does.’”