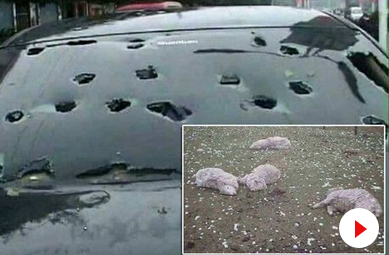 Terrifying photos taken by locals, shows the enormous stones falling from the sky as the weather takes a dramatic turn for the worse.

In a devastating aftermath, sheep were pictured sprawled on the ground, while car windscreens were left with gaping holes.

The surrounding areas were left in ruin after the pellets wreaked havoc.

While sheep were killed in the storm, which took place earlier in July, it is unclear whether any locals were injured. 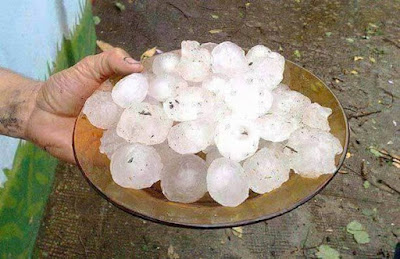 One picture, captured in the town, show dozens of huge hailstones sitting in a bowl after apparently being collected by a resident.

Another image shows four sheep lying dead on a patch of grass.

Spain is a country that regularly suffers from extreme weather.

Earlier this year, a freak storm turned a holiday resort in Malaga into a raging torrent as roads collapsed. 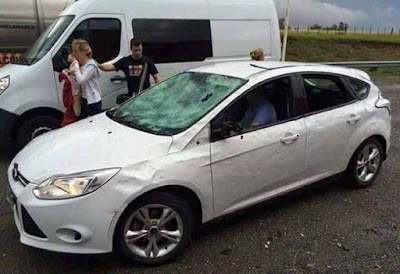