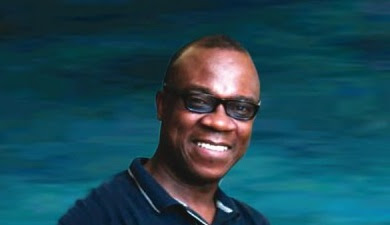 I would like to touch on a recent incident. Do you recall that the police in Lagos stopped a 58-year-old textile merchant from jumping off the Third Mainland Bridge into the lagoon over some debts she had incurred? I am sure that most of us recollect this.

Much later, it was gathered that she was being tried under the obsolete Lunacy Code and ordered to pay a fine of about N500,000.

Before our own eyes, despite our acclaimed social exposure, professional and economic proficiency as Nigerians; someone who was stopped from committing suicide is being punished by a competent court.


It is a shame that Nigeria is still administering obsolete mental health laws that already belong to antiquity. It means that we are still fixated essentially on the gory past and we have not developed at all.

Let’s not forget that hidden mental health challenges often lead to suicide. One of the common causes of suicide is depression, which is not just profound sadness, but also a mental illness that can lead to grave consequences including death, if not treated.

The Lunatic Ordinance was passed into law more than a century ago when mental illness was deemed to be caused by demons and suicide was viewed as a product of deviant behaviour.

It is a shame that we still use the Lunatic Code of 1916 for the administration of mental health issues in Nigeria.

Mental health is on the front burner of the policy framework of most developed countries and United Nations’ agencies have adopted mental health as a paradigm of discourse in tackling social problems all over the world.

If any of these international agencies know about the legal and, of course, the policy instruments that are being administered in Nigeria, it will be a huge shame to this country.

This actually illustrates the attitude of our politicians, leaders and even policy makers towards mental health. I am aware that the Association of Psychiatrists of Nigeria has made several attempts  to change this reality without any fruitful outcome.

Beyond treatment of the mentally ill, a responsible government should put into place a policy framework to provide economic and social incentives for this vulnerable group of people. These are some of the issues spelt out in the bill, which could have prevented the kind of punishment meted on someone who was prevented from committing suicide.

Unfortunately, there is no class of people that cannot experience mental illness, just as there is no family that does not have someone struggling with a mental health challenge, not even at this time that the country is experiencing a recession, a factor that precipitates mental illness.

I call on the Minister of Health, Prof. Isaac Adewole, the Senate Committee on Health, all State Commissioners for Health to please call an emergency meeting with the National Mental Health Action Committee with the stakeholder’s forum to address this shame.