We Will Be Vigilant In Our Reconciliation Efforts - Wike

We Will Be Vigilant In Our Reconciliation Efforts - Wike 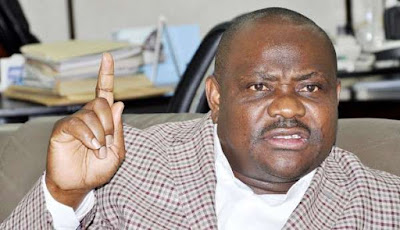 He stated that the Supreme Court judgement, which also recognised the Senator Ahmed Makarfi-led National Caretaker Committee of the PDP saved Nigeria and there is the need to thank God for the sustenance  of multi-party democracy.

Wike who spoke yesterday during an inter-denominational special thanksgiving service for the Supreme Court victory at the Rivers State Ecumenical Centre in Port Harcourt, described Sheriff as an agent of the ruling All Progressives Congress (APC).


The governor said, “While  we are reconciling, we must be vigilant. Nobody  will take  me unawares. Satan will never sleep. Satan will always find ways  to cause havoc. Sheriff  is an agent of the APC.  Woe  betide any person who is a mole of the deadly party.”

He expressed gratitude  to God for giving PDP leaders the wisdom to identify that with the emergence  of Sheriff,  the party was headed for doom and  had to retrace its steps.

Wike, who stated that  Nigerians received the Supreme Court Judgment with joy because the future of Nigeria rests with the PDP, said the ruling APC after winning elections has resorted to excuses and blame games instead of fulfilling the promises they made  to Nigerians.

The governor said, “Two years after the mandate what is the situation? Excuses and blames without delivery. Look at how individuals  took it upon themselves to destroy the party that gave them life. PDP is the only party that is a household  name in Nigeria.  There is no unit in the country without a member of the PDP “.

He stated that going forward Rivers State  must get  return on her contributions  to the PDP, adding, “As we help you, you help us. If you don’t  help us, we won’t  help  you. All of us must rise from our unit, ward and local government area to mobilise  people”.

Wike canvassed total loyalty to the PDP, saying that the party is supreme adding that in reconstituting the state Executive Council, only very loyal and committed  former commissioners  will be re-appointed.