Sultan Of Sokoto Speaks On CRK, IRK Controversy; Says ‘We’ Pushed For Change 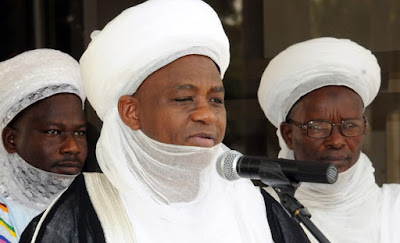 The Sultan of Sokoto, Muhammad Abubakar, has given details how religious leaders pushed the Goodluck Jonathan administration to change the status of Christian and Islamic subjects in school curriculum.

That two subjects, previously optional, are now core for students of respective faiths. Mr. Abubakar spoke amid controversy that has trailed the decision, with Christian leaders demanding a reversal of the policy.

The Christian Association of Nigeria, CAN, accused the government of attempting to “Islamise” the country by bringing both subjects under a new subject called Religion and National Values. The Christian Elders Forum, a group that also includes former military generals, backed the call on Thursday.

Speaking yesterday at a National Symposium and Lauching of 2025 Vision by Da’awah Coordination Council of Nigeria, Mr. Abubakar, who is the head of the Nigerian Muslim community, urged the council to propagate Islam to non-Muslims in a non-combative manner.

“Tell people what Islam is; tell them why they should be Muslims and what difference it could make to their lives,” he said.

He rejected suggestions that there were plans to Islamise the country.

“When Umar Yar’adua was President, Christians and Muslims leaders wrote, asking him to make Islamic and Christian Religious Knowledge core and compulsory subjects in schools.

“When Goodluck Jonathan took over, we presented a paper making the same demand which was approved, but the then Minister of Education refused to implement it for reasons best known to him.

The sultan said he was surprised by claims that there was a grand plan to force Islam on non-Muslims.

“So, I wonder why a controversy sudden surfaced over alleged attempts by Muslims to force Islam on Christians by compelling students to learn Islamic religion in schools,” he said.