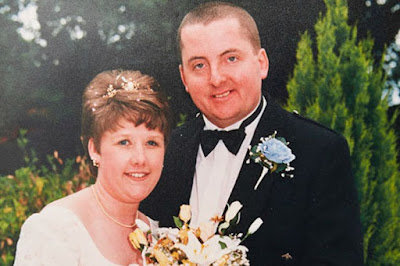 When the police knocked on Elaine Danaher’s door late one night and told her that her husband had been arrested on suspicion of murder , she laughed. The news seemed so ridiculous, so impossible, that she simply didn’t believe it.

Just home from a family birthday celebration with her two sons, Elaine struggled to comprehend what the officers were saying about Michael Danaher, the man she had been married to for 12 years.

“I just had this permanent stupid grin across my face, it was a very surreal moment,” says Elaine, now 47. But it was no mistake, Danaher had just been arrested for the murder of wealthy antiques dealer Adrian Greenwood.


The historian and art dealer, who collected early editions of JK Rowling’s Harry Potter books, had been brutally stabbed after he was targeted for a first edition copy of The Wind in the Willows – valued at £50,000.

Danaher, 50, was separated from Elaine after their marriage broke down – and he was in £13,000 of debt and so desperate for cash he planned to sell the book on eBay .

Elaine says: “Now, I just can’t believe this is the same man I married. I feel like my whole marriage was a lie.

“You never prepare yourself for anything like this, because you think it’s not going to happen to you. Mike would never raise a hand or go out intending to pick a fight.

"That is one of the hardest things to get my head around, that it’s just not the same person. It’s like he’s got two personalities.”

The horrific details of the crime cannot have been easy for his wife and two sons, Ryan, now 15, and Jacob, now 10, to hear.

Mr Greenwood was found dead in April last year by his cleaner. The 42-year-old had been stabbed 33 times in a vicious attack at his home in Oxford.

Danaher inflicted wounds to Greenwood’s back, chest and neck, and broke the historian’s arm by stamping on him, before scouring his home for items to steal as his victim lay on the floor dying.

When detectives realised Mr Greenwood’s mobile phone was missing, they traced its movements to a route made by only one car – belonging to Danaher, from Peterborough, Cambs.

Later investigations uncovered the bloodied knife blade and The Wind in the Willows book at Danaher’s flat. Danaher had callously even taken a selfie after the brutal attack.

Elaine met Danaher through their jobs at department store John Lewis, where Elaine still works as a sales assistant. They split five years ago and, despite bitter relations, she gave Danaher access to see their children every week.

She says: “I never stopped him from seeing them – as much as I’d have liked to. He was their dad.”

Looking back over their marriage, Elaine says: “He made me laugh, we were happy. We never had any problems until the latter parts of our marriage. There was no violence in our family...

“I could see after the loss of his parents that he had some form of depression and he needed help. But he always said he was all right.

“It got to the stage where the boys didn’t know what kind of mood their dad would be in when he got home from work.

“When we moved out of the family home, I didn’t want to have anything to do with him because it had all been very hurtful. I just told him if he hurt the boys, he’d never see them again.”

Elaine, who is now with a new partner, adds: “Mike and I are still married because I haven’t got the money to pay for a divorce.”

She reveals there have been tears and upheaval for her and her sons as they lived through the ordeal of Danaher’s trial and jailing for 34 years. 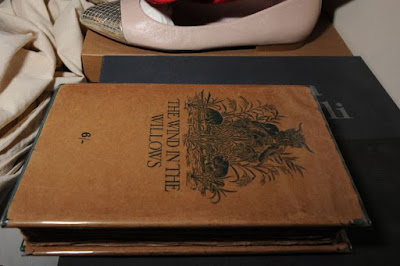 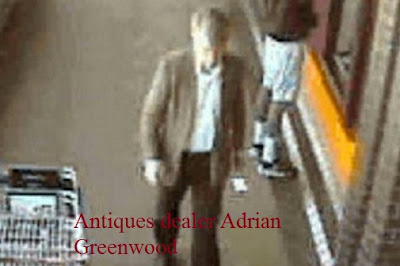