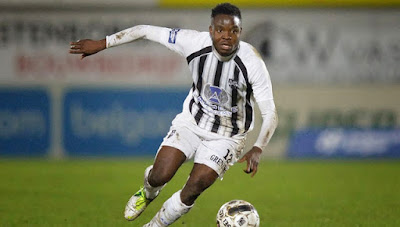 KAS Eupen defender Ntuthuko Radebe has passed away after a car accident on Tuesday, the club has said.

Eupen confirmed the death of the 23-year-old South African via a statement on their website where they also confirmed that Radebe had ended his five year stay at the club with hopes of kickstarting his career in the Premier Soccer League.

“KAS Eupen received terrible news from South Africa late this afternoon. Ntuthuko Radebe who has played for KAS Eupen for five years and last season, has died in his home country with a car accident at the age of only 23 years,” read the statement.

“KAS Eupen and the entire community are deeply saddened.


“As a graduate of the Aspire Academy Ntuthuko Radebe came with the first group of the Aspire players in summer 2012 to the KAS Eupen. Until June 2017 he was a member of the squad of the first team and in 43 games he was wearing the jersey of the KAS Eupen. His plan was to continue his career in South Africa.

“The team, coaches, supervisors, all employees and fans of KAS Eupen have lost a good friend with Ntuthuko Radebe. With his kindness, his comradeship, his loyalty, his commitment, his good humor and his humor, he deserved great appreciation. Nuthuko Radebe remains in the best memory of the entire KAS family.

“We would like to express our heartfelt compassion to his mother, his family, his friends and all who mourn him.