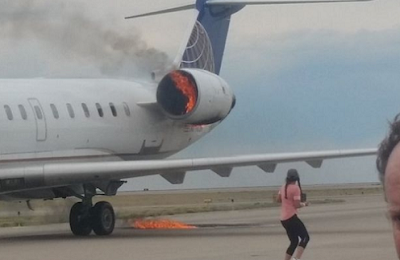 Passengers were left 'shaken' after a plane belonging to United Airlines caught fire moments after landing.

The left engine at the back of the small aircraft was in flames as the plane carrying 65 passengers and crew was evacuated on the runway.

There was also a small fire underneath the tail of the Bombardier CRJ-701 at Denver International Airport in Colorado.

The passenger who snapped dramatic pictures and recorded video following the evacuation wrote on Twitter that the fire broke out after the plane flew in from Aspen.


The man wrote that no-one was injured and he hailed emergency services for their quick response.

The cause of the fire is under investigation. 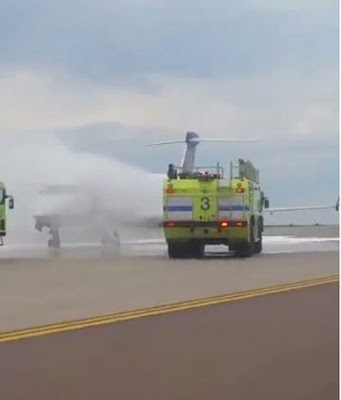 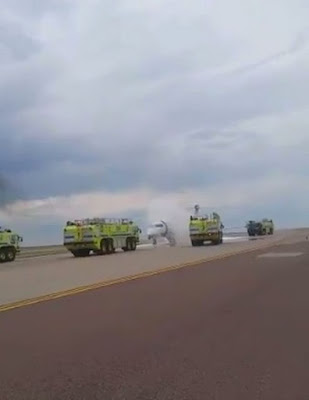