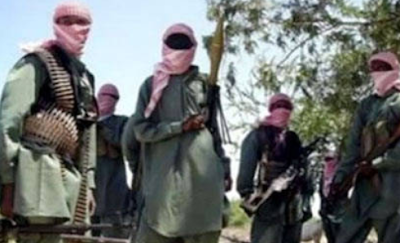 At least six civilians were killed and scores seriously injured when Islamist terrorist believed to be Boko Haram members attacked a community in the southern part of Borno State on Wednesday, sources from the besieged community have said, according to Sahara Reporters.

The terrorists reportedly stormed the village of Boderi in Damboa local government area of Borno State Wednesday night, leaving six men and many others wounded.

An eyewitness, a local hunter who escaped the attack, told Saharareporters by phone from Chibok that the attackers arrived in the community on motorbikes and attacked helpless inhabitants.

“They [attackers] arrived on motorcycles, three armed men riding on each motorcycle. They opened fire at the same time on members of our community. We ran into bushes for safety, but when we returned to our village on Thursday I counted six dead bodies, all men,” said the hunter.


He added, “The wounded ones have been taken to Chibok General Hospital and currently receiving treatments.”

Another resident of Boderi confirmed the attack, stating that Wednesday’s attack was the second assault within a week. “We are helpless,” said the resident. “Just last week, two people went to their farms but did not return. When we searched for them we found their corpses. And then two days ago, they [Islamist terrorists] murdered our brothers again.

“Now, we are afraid to go back and continue farming because we are no longer safe. There are no soldiers to help our local hunters, who are the only security men we have.”