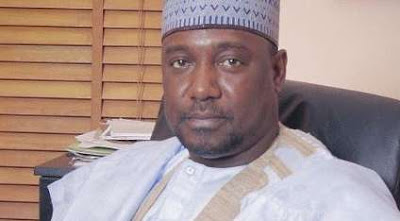 The Governor of Niger State, Abubakar Bello, on Tuesday, said he had lost confidence in Nigeria’s security agencies and proposed that traditional rulers should be given security votes to help in curtailing the increasing rate of crime in the country.

Bello said, “Despite the huge amounts voted and given to security agencies monthly, they have failed in making the state and nation safer as crime seems to have become the order of the day.”

He, therefore, suggested that if N100m was given to traditional rulers monthly, the nation would fare better in the aspect of security.

“I suggest that we go back to the traditional ways of securing our communities, the traditional system performed better in the past and they can do better now if more powers are given to them. I recommend that we give powers to traditional rulers for security.


“We spend a lot of money on security but we do not have a safe environment. In Niger State, we spend N100m every month on security, I am sure that if we spend a fraction of that money on traditional rulers, we will get better results than what we have now.”

The governor stated this when the Niger Council of Traditional Rulers led by the Etsu Nupe, Alhaji Yahaya Abubakar, paid him a sallah visit at the Government House, Minna,

He expressed dismay over the new wave of crime currently sweeping across the state, adding that there was a total breakdown of law and order in the state as criminals were beginning to take over the state.