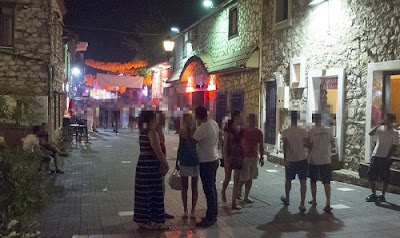 A British mum on holiday in Turkey was breathalysed after telling police she’d been raped. She was on a fun break with her daughter, 20, and says she was ¬attacked by a barman who had chatted her up.

Now she is devastated because a judge did not believe her account. The traumatised woman, 48, who cannot be named for legal reasons, says she was lured into a trap by the man on a night out in the resort of Marmaris – popular with British sun-seekers.

A judge rejected her case because CCTV showed her holding hands with the man and kissing him in the street. The mum and daughter have decided to warn of the dangers at the resort, where there have been a series of ¬reported sex attacks on Brits.


The mother, who we are calling Rachel, said: “Our experience with the police was almost worse than being raped. There was no sympathy, no compassion and it was a full day before they examined me, by which time the evidence had gone in the shower.”

She said: “They treated us like dirt – as if we were the ones who had ¬committed a crime.”

Rachel had asked a friendly barman where they could find a good Turkish kebab. She said: “He was making us laugh. I was flattered by the attention and found it funny he was coming on to me and flirted back for a bit of fun.”

The man who was wearing the bar’s T-shirt offered to show them a place at the end of his shift.

Rachel said: “We had no reason not to trust him. He was a member of staff at the bar. Why would he do anything when we knew where he worked?

“Five minutes later he came to get us and we left with two of his pals, who were also wearing the bar’s T-shirt.

“I was holding the guy’s hand and we were all laughing together. It was just a bit of innocent fun. The barman and I even had a cheeky kiss.”

But instead of taking them to a kebab shop, the men led the women to a row of shops with apartments above.

When Rachel asked about the food one man said: “Why don’t you go and wait upstairs in my friend’s apartment and I’ll bring you the food?”

Rachel said: “That’s when I started to panic and wonder if I’d made a really bad mistake going with these guys.”

She said no and that they were going to call a taxi but before they could ¬escape a man grabbed Rachel’s bag.

He ran up stairs into the building and she chased him. The handbag contained all their holiday money and both ¬passports. Rachel said: “I couldn’t let him get away. I followed him up the stairwell and on every landing he’d stop and dangle the bag at me.”

Near the top he went into an ¬apartment and she followed him into a small, dark room.

She said: “The next thing I knew he had pushed me back on to a bed and began to force himself on me.

“I yelled at him to get off me and tried to struggle but he was too strong. He kept telling me to be quiet and I was scared that he might get angry and beat me or even kill me, so I gave up.

“I was almost frozen with terror. I just wanted it to be over as soon as ¬possible so I could get back outside and check my daughter was OK. She was down there by herself.”

Five minutes later her attacker let her go. Shaking and in tears, she grabbed her bag and fled down the stairs but lost her footing and fell to the ¬bottom, hurting her leg.

She said: “It was bleeding and ¬painful, but I had to get to my daughter.”

Her girl was in tears, the two other men had been trying to drag her off the bench and snatch her phone.

All three men ran off but no one wanted to help the women. Rachel said: “We were given false numbers for the police. It was like the whole town was against us.”

Eventually an elderly man in a pastry shop called the cops. Rachel was taken from the police station to a hospital for treatment to her leg.

She said: “That was when they breathalysed me. I couldn’t believe it. I was the victim and I was being treated like it was my fault.

“They clearly thought if you had been drinking, then someone can rape you and that’s OK. I was outraged.

“But I was so scared that I didn’t say ¬anything. The test showed hardly any alcohol in my body. I’m a diabetic so I don’t drink much.”

Back at the police station, officers demanded that the women return to the scene to point out the apartment where she was raped.

Rachel said: “That ¬really distressed me. I really didn’t want to go back. But police there aren’t like here, they don’t treat you with any respect. There’s no compassion.”

Eventually Rachel found her blood on the stairs and a heel that had come off. There was no answer at the ¬apartment but soon after all three men were brought into the police ¬station.

Rachel came face to face with her attacker and had to identify him.

To make matters worse she claims they all travelled in the same police van to a larger police station.

She then had to wait outside on a bench in the sun for several hours, before being taken to the prosecutor’s office in the town’s court.

Rachel said: “The prosecutor showed not an ounce of sympathy. He treated me like I was an inconvenience.

“He told the translator I had to ¬answer questions in single ¬sentences. He kept telling me to hurry up.

“Then when he asked me about my injuries, he said things like, ‘If you were raped, you should have missing finger nails and scratches from the struggle.’

The women heard the case had been thrown out only after the Sunday People ¬contacted Marmaris police. Rachel said: “I am horrified the man who raped me is back on the streets to attack other women.

“I’d hate for ¬anyone else to go through what we have and I want to warn other women not to go to Marmaris. It’s not safe.”

Marmaris police said they ¬investigated the allegations fully and a breathalyser test was used to establish how much alcohol she consumed, which is “often relevant in such cases”.

They claim CCTV ¬ indicated the woman enjoyed an ¬evening ¬drinking and being intimate together before returning to his apartment for consensual sex. Rachel denies this.

The police said they advised her not to shower ¬before attending the ¬hospital for tests.

They added that all the evidence was submitted to a court but a judge ¬decided there was no case to answer.

A Thomas Cook spokesman said they have been supporting Rachel. 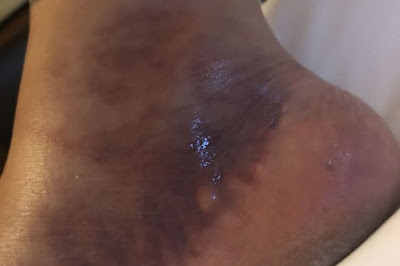 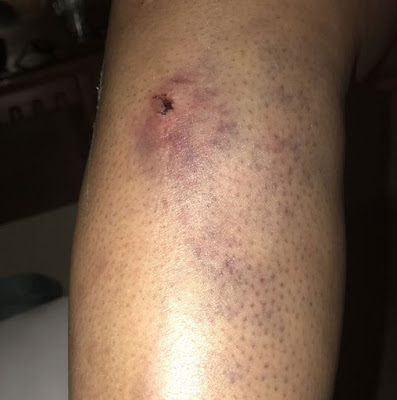