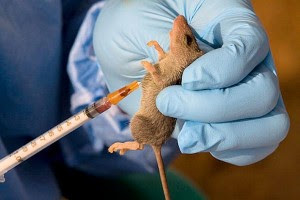 No fewer than five people have reportedly been infected with the deadly Lassa fever in Ondo State.

Similarly, a student of the Achievers University in Owo has also contracted the disease.

Oni said, “Of the cases recorded by the state government, we have a 56-year-old  male, a 47- year-old female and another two people in Akoko South-West. This is not the usual time it occurs in Ondo State. It usually occurs during the dry season but limited to Owo and Ose local governments.


“Government is doing its best to contain the recorded cases by isolating the patients to prevent further spread. We also embarked on aggressive contact tracing, sensitisation of the people not just in Owo and Ose but across the state on prevention and precautionary measures.

“Most times, we have always run to Irrua Specialists’ Hospital in Edo State but the facility is already overwhelmed with so many cases across the country, that  is why we are collaborating with the Federal Medical Centre, Owo in handling the recorded cases.”

The commissioner appealed to the people of the state to always visit the nearest government hospitals whenever they had reccurring fever.

On the affected student of the Achievers University, the institution’s Vice-Chancellor, Prof. Tunji Ibiyemi, who confirmed the incident to Punch correspondent on Wednesday, but did not disclose the identity of the victim.