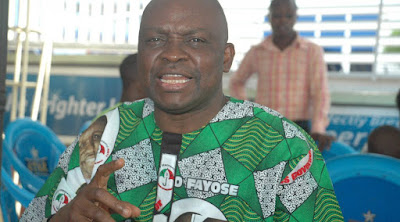 The Appeal Court sitting in Ado Ekiti on Tuesday, dismissed an application filed by the Economic and Financial Crimes Commission (EFCC) for an injunction restraining the Ekiti State Governor, Ayodele Fayose, from operating his accounts in Zenith Bank Plc, describing the application as lacking in merit.

The Appeal Court said: “EFCC did not come with clean hands on the application for injunction it filed because it suppressed material facts, for example that a similar application the EFCC filed was earlier refused by Justice Taiwo Taiwo of the Federal High Court, Ado Ekiti”.

On December 13, 2016, Justice Taiwo Taiwo of the Federal High Court, Ado Ekiti had ordered the EFCC to immediately unfreeze the accounts of Governor Fayose, saying the action of the EFCC was against due process and that the anti-graft agency did not follow the laid down regulations in freezing the governor’s accounts.

EFCC had appealed the judgment and sought an injunction, restraining the governor from operating the accounts pending the determination of the appeal.

Dismissing the appeal Tuesday, the Appeal Court, in a unanimous ruling delivered by Justice Fatima Omoro Akinbami, said the EFCC did not attach notice of appeal and the Federal High Court, Ado Ekiti judgment of December 13, 2016, which ordered the anti-graft agency to unfreeze the governor’s account that the EFCC appealed against.