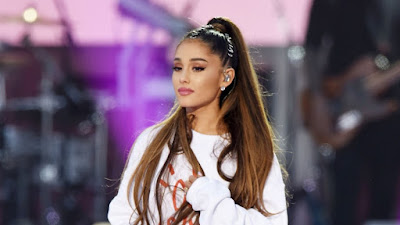 Ariana Grande will become an honorary citizen of Manchester on July 12 after her benefit concert for the victims of the terror attack raised more than £4 million.

The singer,  23, organised the star-studded One Love Manchester concert after a suicide bomber killed 22 people at her concert at the city's arena on May 22.

Manchester council are proposing a new system, which would recognise those people who aren't residents of the city but still make an outstanding contribution to it.

Council leader Sir Richard Leese told the Star on Sunday: 'We've all had cause to be incredibly proud of Manchester and the resilient and compassionate way in which the city responded to the terrible events of May 22 with love and courage, rather than hatred and fear.


'Ariana exemplified this response. I think many people would already consider her an honorary Mancunian, and we would be delighted to make it official.

Ariana, who finished her Dangerous Tour in Europe, posted a heartfelt Instagram message to her fans on Sunday.

She wrote: 'I just wanted to thank you properly for the overwhelming love and support you’ve shown me, my crew, and each other during this challenging time.