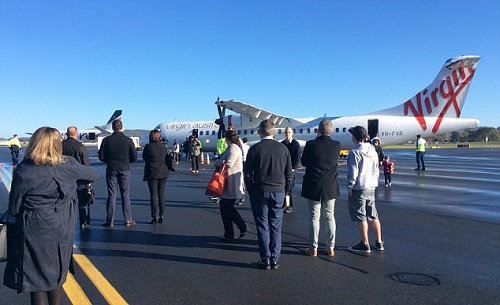 A Virgin plane was dramatically evacuated and a passenger arrested after an alarming note was discovered in the toilet on the flight from Sydney to Albury.

Passengers aboard the 8.05am flight jumped more than a metre from the plane onto the tarmac at
Albury Airport on Tuesday morning as soon as the 68-seater turboprop landed at about 9.30am on Tuesday.

NSW Police said emergency services were called after a note written on a sick bag was discovered in the plane's toilet by another passenger as it approached Albury.


'It was just someone being very silly,' a police spokeswoman later said.

'It wasn't a bomb threat at all. It was not terror-related. It was just something we were concerned about and we wanted to make sure it was OK.' 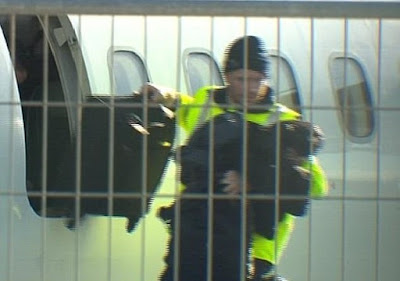 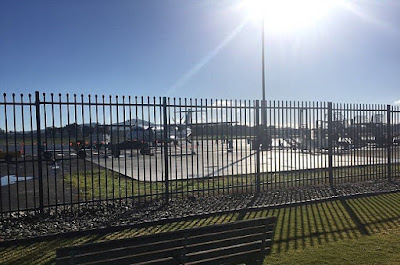