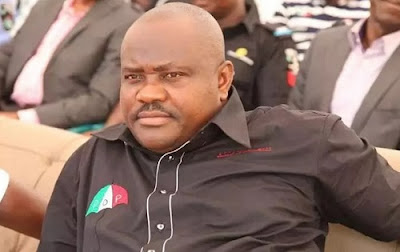 About 14 persons have allegedly been killed in Sime-Tai Community, Tai Local Government Area of Rivers State, following an invasion of the area on Thursday night by gunmen suspected to be cultists.

It was gathered that unknown gunmen invaded the community, shooting sporadically; a development that left many dead while several others had bullet wounds.

A source within the area, who confirmed the incident to Southern City News on telephone stated that the remains of the victims had been deposited in the mortuary.

The development, according to the source, has caused uneasy calm in the area as some people were seen, Friday, leaving for the neighbouring communities.


It will be recalled that on Saturday, a gateman attached to a politician in Sime and his uncle were killed by unknown gunmen.

In a related development, over six persons have been allegedly kidnapped in a fishing settlement in Andoni Local Government Area of the state.

A source privy to the situation, who pleaded anonymity, revealed that the abductors came into Asaramatoru community in two gunboats and seven speedboats.

When contacted, the State Police Public Relations Officer, Mr. Nnamdi Omoni, confirmed the incident in Tai to Punch correspondent, but added that the casualty figure had not been ascertained.

“Yes, I can confirm to you that the incident happened in Tai, but we are yet to confirm the casualty figure. Investigation is ongoing,” Omoni stressed.

But the Peoples Democratic Party’s candidate for House of Representatives, Oyigbo, Eleme-Tai Federal Constituency in the 2015 elections, Dr. Jacobson Nbina, who is a native of the affected community, described the killings as political.

Nbina insisted that over 20 members of the PDP were killed in the attack while some others were still missing.

He said, “My brothers and sisters, please help to pray for Sime community. The worst has just happened to me again! I earlier informed you of last weekend’s invasion of my home and the brutal killing of my security guard and my uncle with my driver escaping with bullet wounds at my gate.

“As I speak to you, over 20 PDP youths of my community, Sime-Tai, were brutally murdered and several others taken away alive as unknown gunmen invaded my community midnight of yesterday,” Nbina stated.