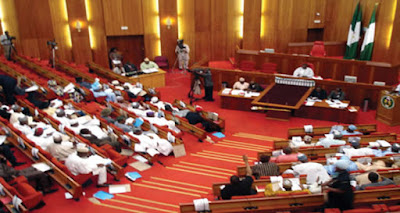 The Senate has confirmed the appointment of 15 persons, out 27 nominated by President Muhammadu Buhari, as Resident Electoral Commissioners.

Mr. Buhari had on March 23 requested the Senate to screen and confirm 27 nominees to assume responsibilities as RECs, who head the operations of the the Independent National Electoral Commission at state level.

But the Senate only confirmed 15 of the nominees today, following a recommendation by its INEC committee, led by Suleiman Nazif. While presenting the committee’s report, Mr. Nazif, APC-Bauchi, said the remaining 12 nominees were still undergoing screening.


He assured that his committee would submit its report on the yet-to-be-confirmed nominees upon conclusion of their screening.

He, however, added that all the nominees, including those already confirmed and those who are still being screened, had passed security vetting.

The Senate had initially suspended the confirmation to protest the continued stay of Ibrahim Magu as acting chairman of the Economic and Financial Crimes Commission, EFCC.