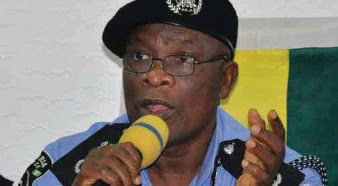 He added that they later ransacked his apartment and collected some money and other valuables.

According to the priest, before they entered his apartment, the robbers overpowered one of the night guards, attacked him with machete and inflicted severe injuries on his head.

Sources told journalists that the robbers operated for about three hours without any intervention from security agencies.

Gbenjo, who is over 60 years old said the robbers also invaded the apartments of two other pastors of the church, Rev. Tunde Ajayi and Rev. Biodun Olatide.

The priest said the robbers took from his apartment one HP laptop computer, one iPad, four handsets, N140,000 and other valuables.

He said, “They got to our apartment around 2am. They forced the door open. My daughter’s room was the first place they visited, my laptop was there with the receipt and the bag.

“Somebody was to come and collect N20,000 from her but unfortunately could not come. That was the first money they grabbed. They also took some of her wristwatches.

“When they had finished robbing her, they asked her to lead them to our bedroom. They asked us to lie face down and ransacked the house. As soon as they came in, they said they had killed one of the gate men. They threatened that if we did not cooperate, they would kill us too.

“They hit me with a belt. That was how the whole thing started. It caught us unaware.”

He explained that they beat up Ajayi’s wife and later stole N102,000, laptop, a mobile phone, bag and a flash drive from the Ajayis’ apartment.

Saturday PUNCH learnt that the robbers also took from Olatide’s apartment, a mobile phone  two laptops, N133,000 and an undisclosed amount of loan he got from a Cooperative Society.

Some robbers had on the same day also invaded a Winners’ Chapel branch at Gaa Imam.

Our correspondent learnt that some robbers in the past had also stormed some nearby churches at Oko-Erin belonging to Rev. Rahman Popoola, Christ Apostolic Church, Alabukun belonging to Prophet Adiro and seven other churches around Eyenkorin near Ilorin.

The Police Public Relations Officer, Kwara State Command, Mr. Ajayi Okasanmi, confirmed the attack. He stated that the police had commenced investigation into the robbery.