Welder Defiles, Impregnates 13-year-old In Abia, Says He Only Slept With Her Once

Welder Defiles, Impregnates 13-year-old In Abia, Says He Only Slept With Her Once


A welder identified as Ugochukwu Oleka, has defiled and impregnated a 13-year-old girl in Aba, Abia State, Punch reports.

Oleka, who works in Azikiwe Asa in Aba, said he only had a carnal knowledge of the girl on one occasion, blamed the devil for his action. 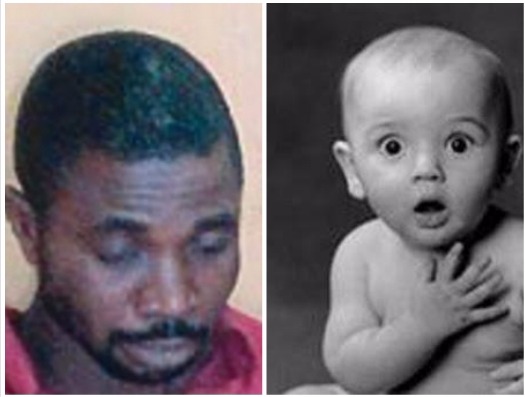 Pleading for forgiveness for what he did, the suspect explained that he lost control of himself when the victim embraced him on the day she visited his house to run an errand for him.

He said, “I feel so bad for I what I did, the girl is the niece to my friend. We were living in the same compound before I parked to my current apartment.


“Later, my friend asked me to help him to look for a new apartment and I found one for him on my street. Since he parked to my street, we have been visiting each other and the girl has been running errands for me.

“Unfortunately, one day the girl came to my house and embraced me. That was how I started having feelings for her. The devil caused it.

“I know that I shouldn’t have done what I did; I had not done that kind of thing before, but the way she embraced me made me lose control of myself. I am pleading with everybody to forgive me.”

The suspect, who regretted that his wife left his house with his daughter because of the incident, vowed to take care of the victim until she puts to bed.

The Commissioner of Police in Abia State, Mr. Adeleye Oyebade, who paraded the suspect at the Command’s headquarters in Umuahia, said Oleka was arrested by police operatives attached to the Central police station, Aba, following a complaint made by one Daniel Efuruezu, an uncle to the rape victim.

The CP added that the command had concluded investigation on the case and added that medical examination had revealed that the victim was two months pregnant.

Efuruezu, who said the suspect was his friend, pointed out that his neighbours had reported to him that he (suspect) had been visiting his house at odd hours of the day when he must have gone to work to hold closed-door discussions with his niece.

He added that when he confronted his friend on the issue, he neither denied nor accepted the accusation, but he nonchalantly asked him to bring the girl to his house if she was pregnant.

Eferezu said, “When my neighbours told me of Oleka’s frequent visits to my house when I was away, I went to his house on two occasions to see him, but he refused to allow me see him, rather he sent a message through his wife that I should bring my niece to him if I said he impregnated her. That was why I reported the matter to the police.”

The victim, a Primary 6 pupil, however told Southern City News that the suspect had slept with her for more than seven times.

She said Oleka promised to be giving her money to buy biscuits and warned her not to disclose their affairs to anybody.