Ifeanyi Ubah To Stay In Prison Till May 25


A federal high court sitting in Lagos south west Nigeria today adjourned till 25 May, to decide whether to grant detained businessman Dr. Ifeanyi Uba bail or not, PM News reports.

Ubah is currently being detained by the Department of State Security Service (DSS) for alleged economic sabotage, by diverting NNPC petroleum products kept in his tank farm. 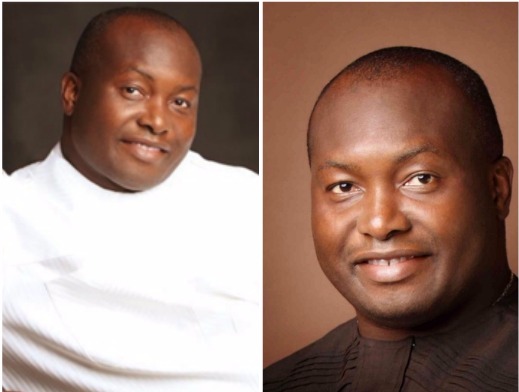 NNPC lawyer, Mr. K. T. Turaki (SAN), revealed this while urging the court to strike out the application filed by Ubah seeking his release from the custody of DSS.

Turaki averred that the NNPC had in the past two years being subjected to various investigations, particularly the issue of fuel diversion, adding that NNPC has a duty to inform the investigating agencies where fuel were kept.


On the agreement presented by the plaintiff, the respondents said even if the agreement existed, the position is that a crime has been committed by the diversion of the petroleum products, stating that the law is that no party in an agreement has the right to decriminalized a criminal act.

Turaki (SAN) also submitted that the security agencies have inherent power under the constitution to investigate economic crime, which diversion of petroleum product is one of them.

In challenging the court’s jurisdiction to hear the matter, the NNPC lawyer stated that all the alleged infringements committed by the plaintiff took place in Abuja, not in Lagos. He therefore urged the court to decline jurisdiction on the matter and strike out the applicant’s application.

In the same vein, the Department of State Security (DSS) through its lawyer, Mr. Peter Okerinmade, urged the court to dismiss the plantiff’s application on the ground that it lack jurisdiction to entertain the suit.

Okerinmade while adopting the DSS counter affidavit and preliminary objection, argued that Ubah’s motion is aimed at frustrating ongoing investigation on the allegation made against him by the NNPC.

However, Ubah’s lawyer, Mrs. Isioma Esom, while arguing her client’s motion told the court to discountenance all the objections raised by the respondents, stating that her client’s originating summon was brought under Order 2, Rule of the court and it was supported with affidavit of 103 paragraphs deposed to by George Oranuba, Company Secretary of Capital Oil and Gas.

Esom told the court that the only reason why her client (Ubah) is being harassed by the first to sixth respondents is on the allegation that he is indebted to the Nigerian National Petroleum Corporation (NNPC).

Ubah’s lawyer also told the court that the said debt arose from a contract, which she said should have nothing with criminal offence.

She also told the court that the NNPC is currently owing her client’s firm, Capital Oil and Gas Limited, the sum of N10 billion and $8 million USD.

Ubah’s lawyer also informed the court that her client was arrested on two occasions in Lagos and kept at the Shangisha custody of DSS before being transferred to Abuja.

She urged the court to grant his client’s application by ordering the DSS to release him unconditionally or in the alternative, to admit him to bail, pending the conclusion of the matter.

The presiding judge Mohammed Idris, adjourned till May 25, for ruling on the submissions.