What The? Musician Plunges Into The Sea To Avoid Paying After Eating


A musician who racked up a large bill in a seafood restaurant has been brought to court for refusing to pay his humongous bill by jumping into the waters.

He allegedly consumed two lobsters, a baby octopus, 21 vodka oyster shots and “a number of Coronas.” 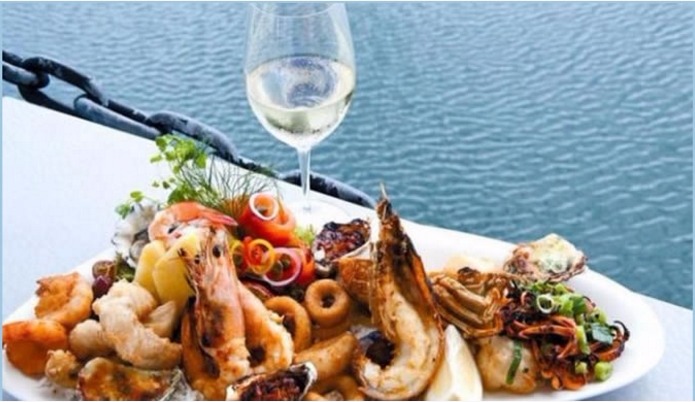 The expensive meal that sent 2Pec running. Photo: BBCThe rapper, Terry Peck, known locally as 2Pec, appeared before a Queensland court in Australia. As reported by the BBC, the Police set off in hot pursuit of the man on jet skis.


When he was finally caught, 2Pec reportedly claimed that he jumped into the water to go help a friend who gave birth on the beach.

Terry Peck, who has been charged with theft and assault, later said he didn’t enjoy the lobsters he was served because they were overcooked.

The 33-year-old rapper appeared in court on Monday morning after the incident at Omeros Bros restaurant in Surfers Paradise on the east coast.

When told the details of the meal, magistrate Joan White exclaimed, “Oh God! By himself?” according to ABC News.

A restaurant representative, Mark Hunnybun, rejected the criticism of the standard of cooking, telling the network: “We pride ourselves on cooking our lobsters perfectly.”