The trigger-happy Police Officer, Wilson Ufere, who shot a 16-year-old boy at close range during a church procession on Thursday on the Anara-Umuahia expressway, Imo State, has been dismissed from the Force. 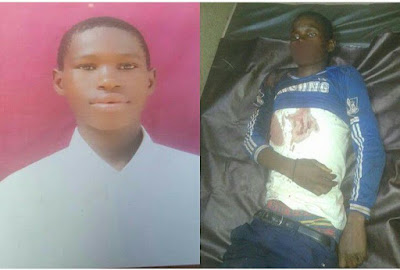 According to Imo State Police Command PRO,  Andrew Enwerem, the officer who was tried alongside his colleagues who were
present at the scene of the incident, was found guilty of murder and will be prosecuted in court. He also that the two officers who were present during the shooting were not found guilty, but will be punished internally.

Punch reports that three other members, Tochukwu Uzoukwu, 25, Chukwuebuka Donatus, 24, and Chigozie Iwuala, 28, who were shot during the church procession, were severely injured leading to their being in a coma for days.