The Abuja command of the Nigerian Police has reportedly issued a Warrant of arrest against Mr Omoyele Sowore over the petition sent to the Inspector General of Police by Senator Dino Melaye representing Kogi West. 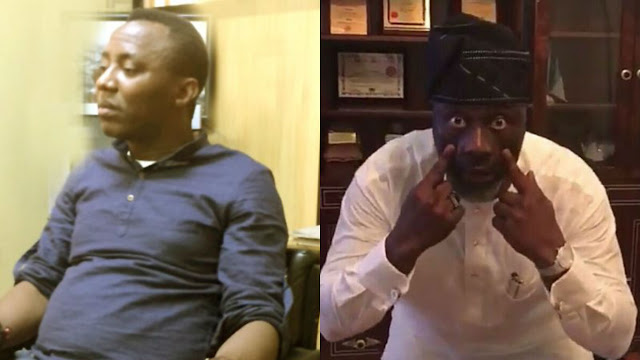 Senator Melaye complained of threat to his life as a result of Sowore's cyber-stalking which is punishable under the Nigerian law. He said since the malicious and libelous publication against him over the claim by Sowore that he did not graduate from the Ahmadu Bello University, that false report has caused him severe public embarrassment.

Several attempts has been made to properly educate Sowore that his publication is false and misleading, to set the record straight, the Vice Chancellor of ABU confirmed before the Senate Committee that Dino graduated from ABU in 2000 but Sowore still went ahead to further his malicious post on Facebook, disparaging the Vice Chancellor and the institution.


Recall that Sowore is still having a pending case bothering on false accusation, blackmail and cyber bullying against one Mr Lekan which led to Sowore detention at the Panti in Lagos.

The Police said there are other petitions written against Sowore in line with his stock in propaganda trade which the police has not made public.

The Police issued the warrant of arrest to invite Sowore for questioning to avert him using his Forum to cause civil unrest, undue incitement and act of terrorism.