An Abuja Magistrate Court in Bwari has ordered the remand of a young boy for allegedly impregnating a 16-year-old Junior Secondary School student.

The young boy’s mother was also accused of threatening the girl if she failed to abort the pregnancy.
The father of the girl told the court that the incident had forced the girl out of school. 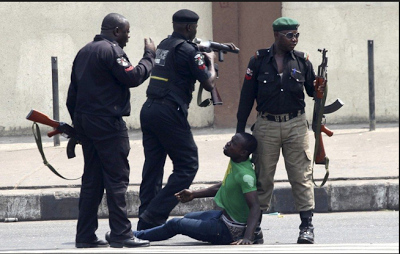 He said the pregnancy was first suspected by the mother of the girl before it was later confirmed at a hospital.

He said the girl told her mother that she was impregnated by the accused, one Japhet Adams, who used to lure her into their compound any time her mother was away and had sexual intercourse with her.

The father of the girl further told the court that when the young boy was informed of the pregnancy, he accepted responsibility but his mother stood against it and she threatened the girl to abort it with a warning that if she failed to do so, she would curse her and the unborn child.

The young boy confessed to having affair with the girl and as well responsibility for her pregnancy while his mother denied threatening the girl.

The lawyer to the two accused made oral application for their bail, but the magistrate, Abdullahi Ahmad Ilelah, turned it down, requesting for written applications.

The case was adjourned to March 13 for hearing.