25-year-old Robert Roy Farmer, who has pleaded guilty to sexually assaulting 21 cats, which he killed after each sex escapade, was arrested after cops found him passed out in his car next to a dead female tabby.
A San Jose Animal Care and Services post-mortem examination, on the female tabby cat found dead in his car showed it suffered blunt force trauma. 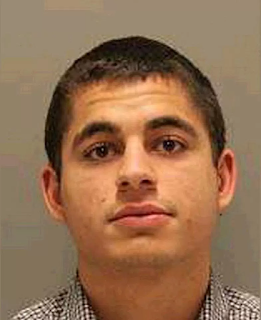 Roy who has handed a 21 count charge of felony/animal cruelty – one for each of his feline victims, was captured on CCTV creeping up on his prey. However, Mercury news reports that the judge handling the Californian man case wants to get a report from a Psychologist, before deciding if Roy would go into sex offenders' register.