Nollywood actress, Chioma Toplis, who resides in United Kingdom with her husband, has taken a swipe at fellow actress, Oge Okoye, who is at the center of a dog theft allegation. 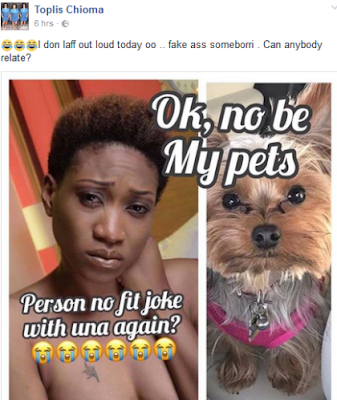 The actress called Oge a "fake ass somborri" and also asked her fans if they could relate
to the photo. The actresses, who were once best friends, fell out in 2011 which nearly cost Chioma her marriage.