Housewife, Who Poured Hot Water On Housemaid Arraigned In Court


A 33-year-old house wife, Onyinye Maduka, who allegedly poured hot rice on her house keeper, was on Thursday tried before an Ikeja Chief Magistrates’ Court in Lagos.

The accused is facing a two-count charge bordering on assault. 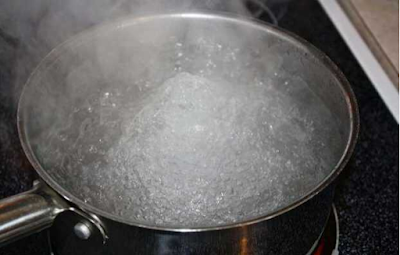 The Prosecutor, Insp. Clifford Ogu, told the court that the offences were committed on Feb. 12 on No. 9, Ayetoro St., Bariga, Lagos, at the residence of the accused.


Ogu said that Maduka accused her 12-year-old house keeper, a girl, of stealing.

“The accused poured boiling rice on the victim’s body and caused severe injury on her body,” he said.

He said the offences contravened Sections 170 and 171 of Criminal Law of Lagos State, 2011.

The accused, however, pleaded not guilty.

The Chief Magistrate, Mrs Taiwo Akanni, in her ruling, granted the accused N50,000 bail with one surety in like sum.

Akanni adjourned the case to March 15 for mention.