The Police in Imo State have nabbed the suspected killers of Oscar Chuks Okebata, an American veteran soldier who was robbed and murdered in Atta in the Ikeduru Local Government Area of the state on January 12, 2017. 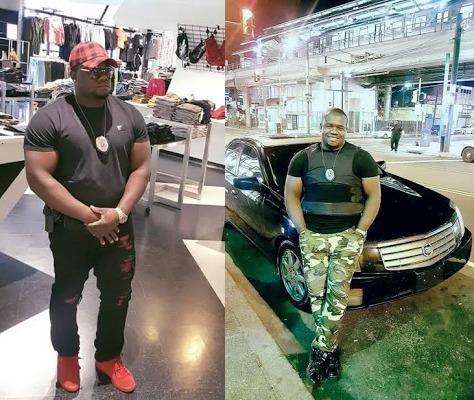 At a press briefing In Owerri, the state capital capital on Wednesday, the state Commissioner of Police, Taiwo Lakanu, said that Osondu Chukwu, Uchechukwu Stanley, Onyekachi Kelvin Nwoke and Uchendu Promise were apprehended with concrete evidence that showed that they murdered the

veteran soldier, who was in the state for the Christmas and new year celebrations .

Chuks Oscar Okebata, an American veteran soldier was robbed and murdered in Atta in the Ikeduru Local Government Area of the state on January 12, 2017.

The CP said that the suspects allegedly sold Okebata’s Samsung Note 5 handset at N125,000 which led to their arrest by the operatives of the command.

Lakanu said,
“The suspects were arrested in connection with the robbery and murder of one Oscar Okebata, of Achi Mbieri in the Mbaitoli Local Government Area of Imo State, an American veteran soldier who returned home for the yuletide period last year”.“The victim’s Samsung Note 5 handset was sold at N125,000, leading to the arrest of the suspected masterminds of the crime.”The CP equally disclosed that the Police Sergeant and his gang, who allegedly planned to steal the newborn baby, had confessed to the crime and would be charged to the court very soon.