Austrian police have arrested two Nigerians  on suspicion of forcing young women into prostitution, in part through voodoo rites.

Police spokesman Johann Baumschlager said in Vienna that the two Nigerians, a  man and woman are accused of being part of a criminal organization, human trafficking and engaging in the international prostitution trade. 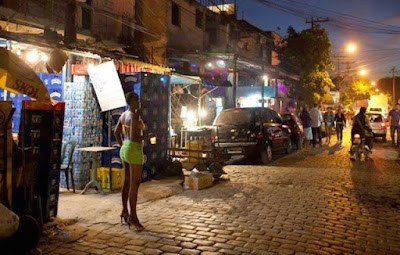 File photoHe said  they forced at least 10 young Nigerian women into the sex trade in part by engaging “a voodoo priest, who made them submissive through certain rites.”

Baumschlager said Tuesday the victims were repeatedly threatened with new voodoo spells and told
they each owed 50,000 euros ($53,000) for their transport to Europe.

He said  the male suspect is cooperating with police but the woman denied the accusations.

Neither is being named in keeping with Austrian privacy laws.