On Big Brother Naija this week, things would take an unprecedented twist as it would not be the normal business as usual. Unlike other weeks where nominations were based on votes, this week, the next contestant to be booted out of the house would be decided by Big Brother. As usual, the next evicted contestant would be known tomorrow. 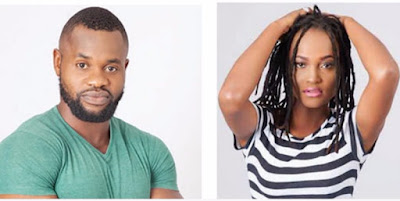 The decision came after Big Brother exposed a plot between


Kemen and Marvis in a video he played on screen to the housemates. A furious Big Brother sentenced Kemen and Marvis to the isolation booth and also withdrew Bisola and Bally’s earned advantages. Meanwhile, Big Brother had earlier issued a warning to fake housemates, Jon and Ese, after he screened their conspiracy and scolded them for breaking the rules.

The gloom in the house was palpable as the housemates are now at the mercy of Big Brother, who will not be revealing the identities of the housemates for possible eviction to them but will share the information with the voting public.


However, a look at the nomination results shows that fake housemates – Ese and Jon – had the highest number of nominations. Ese was nominated by Uriel, Marvis, Debie-rise, Bassey, Efe and Kemen; while Bally, Uriel, Debie-rise and Kemen nominated Jon. Perhaps the surprising twist was that Thin Tall Tony (TTT) did not have one single nomination and Uriel recorded her highest ever nomination nods. TBoss, TTT, Ese and Bisola put her up for possible eviction.

However, these results will no longer hold, as Big Brother will make his selection for the week.