According to reports, the robbers were burnt separately - one was burnt along White House Street, while the other was at Abua by Ephraim Street. 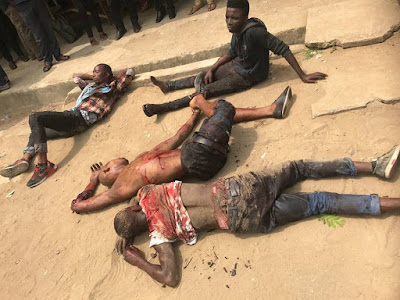 The robbers numbering about thirty, armed with guns, machetes, axes and other weapons were walking through the streets in Calabar-South in broad daylight, robbing and harassing residents when they were confronted by the police resulting in a bloody shootout.

Some still managed to escape with the wound, while five were arrested by the police. The two that were killed were among those that sustained the bullet wounds and while trying to escape were caught and burnt alive by the people. See more photos after the cut... 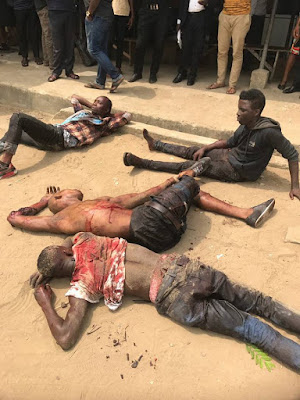 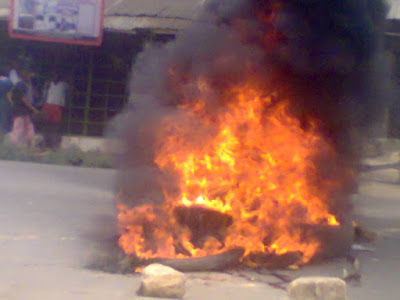 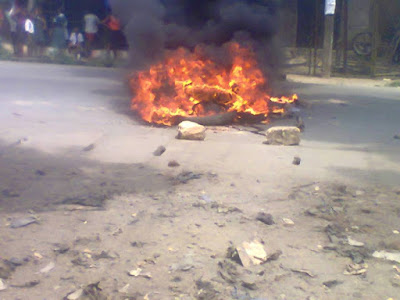 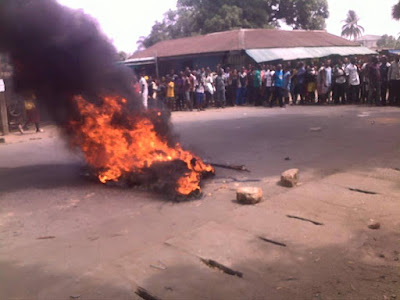 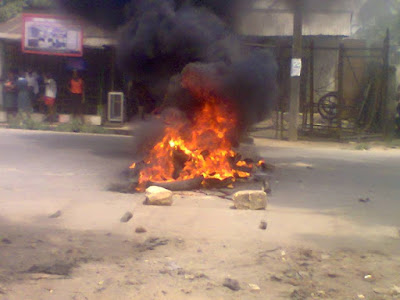