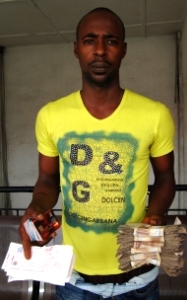 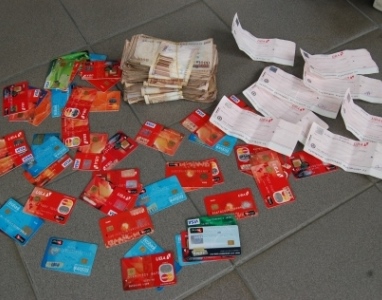 Below is a press release from the Economic
and Financial Crimes Commission, EFCC
The Economic and Financial Crimes
Commission has arrested one Kingsley
Mudi over alleged ATM fraud. He was
picked up at about 11 pm on August 2, 2013
at Fidelity Bank ATM on Airport Road,
Warri, Delta State following an intelligence
report.

At the point of arrest, 30 ATM cards of
different banks with which he allegedly
withdrew a total sum of five hundred and
fifty thousand naira (N550, 000) were
found in his possession. Eight signed UBA
cheques belonging to sundry persons
were also found on him. Kingsley Mudi,
who claimed to be a Disc Jockey and an
operator of a barbing salon, has
volunteered useful information.

He will be charged to court as soon as
investigation is concluded.