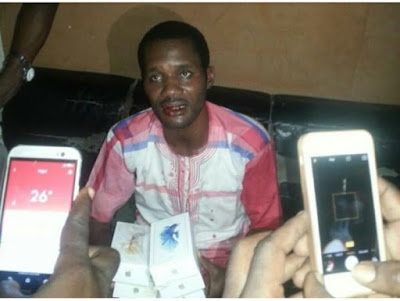 The controversial filmmaker, who is currently in Police custody at Area H Command in Ogudu, Lagos for attempted N6m fraud last week will appear in court today.According to Lagos Police PPRO Dolapo Badmus, the socialite will appear in Ikeja Magistrate court for the iPhone theft case he was charged with in November 2016.On the N6m fraud he attempted to commit with his gang on February 2, Badmus said:
‘That’s a different case from the one he’s going through now, but he will appear in court.'Speaking further, she said,
'I don’t determine what happens in court, the police would produce him in court for that and he will be taken back.'