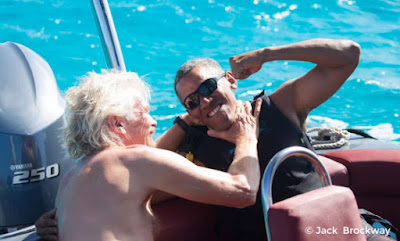 Newly retired but not tired former US president, Barack Obama has been pictured kite-surfing with his billionaire friend, Richard Branson during a recent getaway on the Virgin founder's private island. 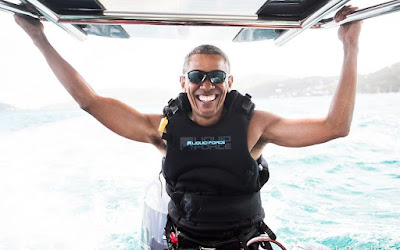 Branson spoke about the 'honor' of being able to invite the former president and first lady to his island in a Blog post on Tuesday.
'One of the first stories Barack told me when he and Michelle arrived on Moskito Island was how, just before he became President, he had been surfing on a dangerous break in Hawaii. 'When he came in from an exhilarating session, the new head of his security team turned to him and said: “This will be the last time you surf for eight years.” For the next eight years he didn’t have the chance to surf, enjoy watersports or do many of the things he loved.'So it was tremendous to offer him the chance to learn to kitesurf,' Branson wrote. 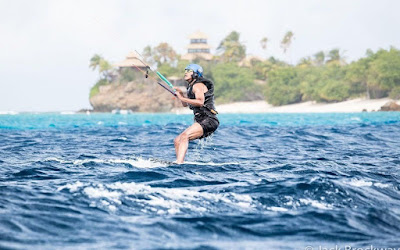 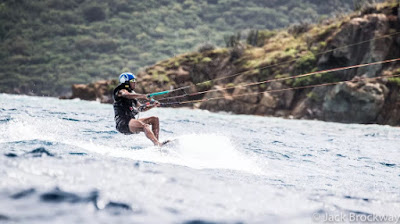