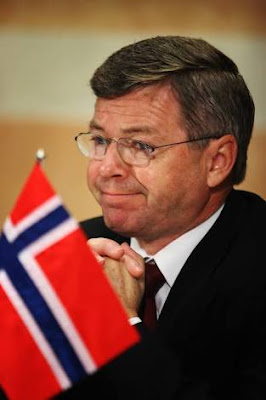 Bondevik told CNN, he was interrogated by officials at Washington's Dulles International Airport because he had an Iranian visa in his diplomatic passport.
"When they found the Iranian visa, where l was in December 2014, they said that there was a ... regulation that with such a visa l had to be flagged up," Bondevik said.
After the former PM detailed his travel history - he was in Tehran speaking at an anti-extremism conference -- Bondevik said he "assumed and presumed that they would let me go immediately."
But instead, they questioned him for over an hour. "Did they really believe that l presented a problem or threat to the US? I expected they would show more flexibility and wisdom," he added.
The former European leader said he was held along with migrants from the Middle East and Africa who were also facing additional screening. Although Bondevik was eventually released, he said the atmosphere surrounding President Donald Trump's travel ban had shaken his core values.
CNN