Five students at a secondary school in Zimbabwe, Chinatsa Secondary School died while 34 were hospitalised after lightning struck the school during assembly on Thursday afternoon. 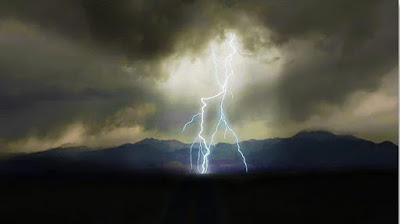 According to teachers at the school, two students died on the spot while the other three died at Marondera Provincial Hospital where they had been referred to for treatment.
“We were having our usual Thursday afternoon assembly when disaster struck.  No-one has any idea what really happened as all the students and teachers were fell to the ground,” a teacher at the school said.“After the incident, we discovered that two of the students had died while some were seriously injured.According to another teacher, the local community was shocked over the loss of life as the lightning struck when the sky was clear and there was no sign that it would rain on the day.
“Most of the students were seriously injured while others were left naked after their school uniforms were burnt.
“Electricity supplies have been affected as the power generator was also hit by the lightning bolt at the same time,” the teacher said.NewZimbabwe reports the 2016/17 rain season has witnessed an increase in deaths due to lighting strikes. Last week, six people attending a funeral were killed at Siachilaba in Binga when lightning struck a tree they were sheltering under.  Three others sustained severe burns.